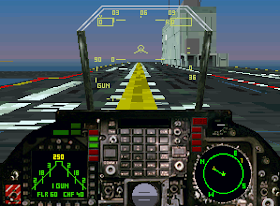 Genre: Simulation
Perspective: 1st-person, 3rd-person
Gameplay: Vehicular Combat Simulator
Vehicular: Flight / Aviation, Naval / Watercraft
Published by: Domark Software
Developed by: Lifelike Productions, Simis Limited
Released: 1995
Platform: 3DO Interactive Multiplayer
Flying Nightmares is a fairly complex 3D air flight simulator on the AV8B Harrier II fighter for 3DO Interactive Multiplayer. The game is quite a difficult management, since the game is more for the joystick (the steering wheel / lever). Your task will perform different tasks but first you need to take off from the aircraft carrier.
In the game there is a small story, almost traditional for such games. In the Republic of Barcala, in connection with the coup, the power passes into the hands of the military junta. In Barkala suppress all sorts of demonstrations. And the United States certainly can not miss such a moment, so as not to intervene and start building democracy in this state. Sending there, their fighters put things in order.

You can schedule tasks yourself:
Air to Air - destruction of air targets;
Air to Ground - destruction of ground targets;
Air Patrol - patrolling.
Attention! To take off, press Up + L. While the appeared inscription does not disappear, you can not take off. Therefore, press R + B.
To gain altitude, hold Down. To turn on the autopilot, press X and select Autopilot=- ON (A), exit the menu with X. In the lower right corner - the radar where targets are distinguishable, and in the lower left corner - the weapon, you can change it by pressing B. To shoot , press A.
If you want to get a view of your aircraft from the side, press P + R, exit - R.
L + Up - add gas;
L + Down - reduce the gas;
X + P - sharply down (corkscrew);
L + X + P + R - bailout. 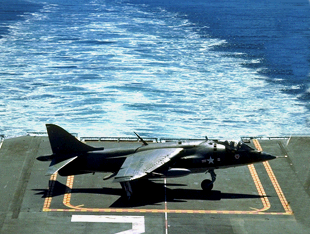