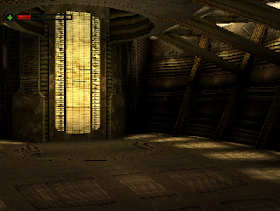 Genre: Action, FPS
Perspective: 1st-person
Gameplay: Shooter
Setting: Sci-Fi / Futuristic
Narrative: Horror
Published by: Fox Interactive
Developed by: Argonaut Software Ltd.
Released: 2000
Platform: PlayStation (PSX, PS1)
The game Alien: Resurrection is based on the same movie released in 1997. Initially, it was planned to make a survival horror, but later it was decided to make a First-person shooter. It was a great 3D shooter with very beautiful graphics.
The plot of the game almost entirely follows the plot of the film. Approximately 200 years after the death of Lieutenant Ripley, she is decided to resurrect by cloning. Scientists extract from the obtained clone the embryo of the Queen Aliens. Ripley is left alive. But as usual, in the tradition of the genre, everything goes not according to plan. The ship literally floods Strangers.
We have to fight practically with everyone, both with people and with strangers. The main character in the game is Ripley, but we also have to play for Call, DiStephano and Christie. Each of the heroes has its own set of unique abilities. Also, each has its own unique weapon.
We have to go through 10 levels. In the course of the passage we will meet with various enemies, including bosses.
Alien Resurrection is a great game that deserves attention. Especially if you are a fan of Aliens.