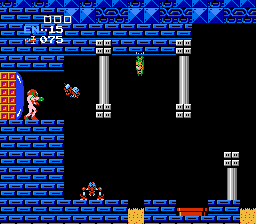 Genre: Action
Perspective: Side view
Visual: 2D scrolling
Gameplay: Metroidvania, Platform, Shooter
Setting: Sci-Fi / Futuristic
Published by: Nintendo of America Inc.
Developed by: Nintendo R&D1
Released: 1987
Platform: Nintendo (NES)
Metroid is an adventure game in which the player controls Samus Aran. The game takes place on the planet Zebes, a large open world with areas that connect doors and elevators. The player begins with a weak gun, as the only weapon, and the ability to jump. The player explores several areas and collects bonuses that give Samus special abilities and improve her armor and weapons, or access to areas that were previously inaccessible. The game was one of the first to provide a very non-linear passage on the home console, and the following parts of the game continued this trend. This game, along with the rest of the games of the series, is also noticeable by the blending of various genres placed on a permanent model of the game. Also, Metroid was one of the first games using the password system. 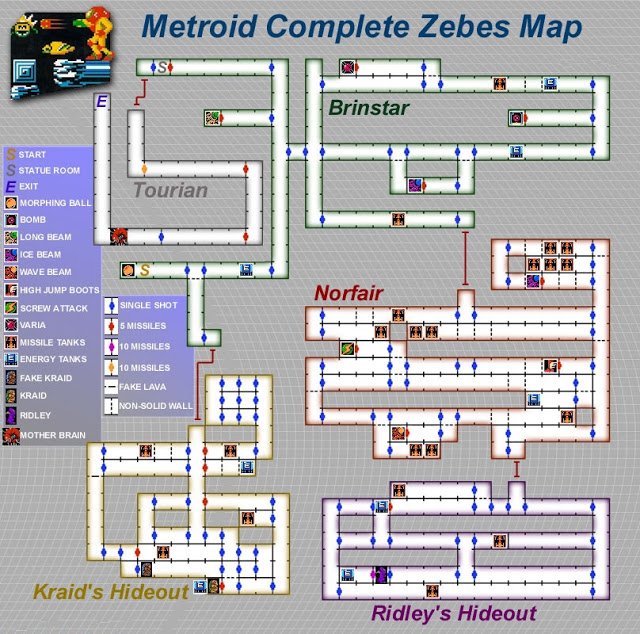