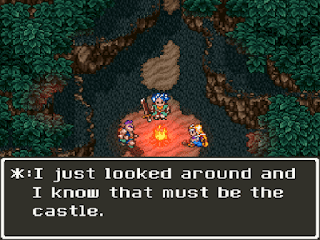 Genre: Role-Playing (RPG)
Perspective: 1st-person, 3rd-person, Top-down
Pacing: Turn-based
Setting: Fantasy
Published by: Enix Corporation
Developed by: Heart Beat
Released: 1995
Platform: Super Nintendo (SNES)
Dragon Quest VI is a good example of how good games were during the reign of Super Nintendo. About it you can not say that it is outdated, when exactly on these incarnations the entire genre of role-playing games is built. Today, Dragon Quest is still interesting to play, and this series and especially this part has much more fresh ideas than many modern games. Dragon Quest, probably was the only epic that could compete with the legendary Final Fantasy from Square throughout the late 80's early 90's. And so the indicator is easy to understand that Dragon Quest has a powerful storyline, a balanced interface and in some parts an unrivaled design. This version has fascinating non-player characters and all the same unpredictable plot twists known to other parts of the series. So you can not fear for predictability of the game, here these experiences can be thrown far away. Enix has always developed a very deep story that holds throughout the narrative. A major innovation of the sixth part is the class system, which allows you to learn unique skills and spells. Classes can be changed at any time. This is very convenient and many unique abilities perfectly complement the usual attacks and skills. The interface Dragon Quest is the father-founder of many modern RPGs and it remains very convenient in this part. Graphics made a huge step compared to the previous game. Dungeons and castles look great. Sometimes the image is accompanied by a good number of effects and all this is thought out and embodied really superbly. Music does not match the level of the game, although many can argue. It is not bad, but sometimes you want some kind of diversity for a greater emotional perception of history.
‹
›
Home
View web version